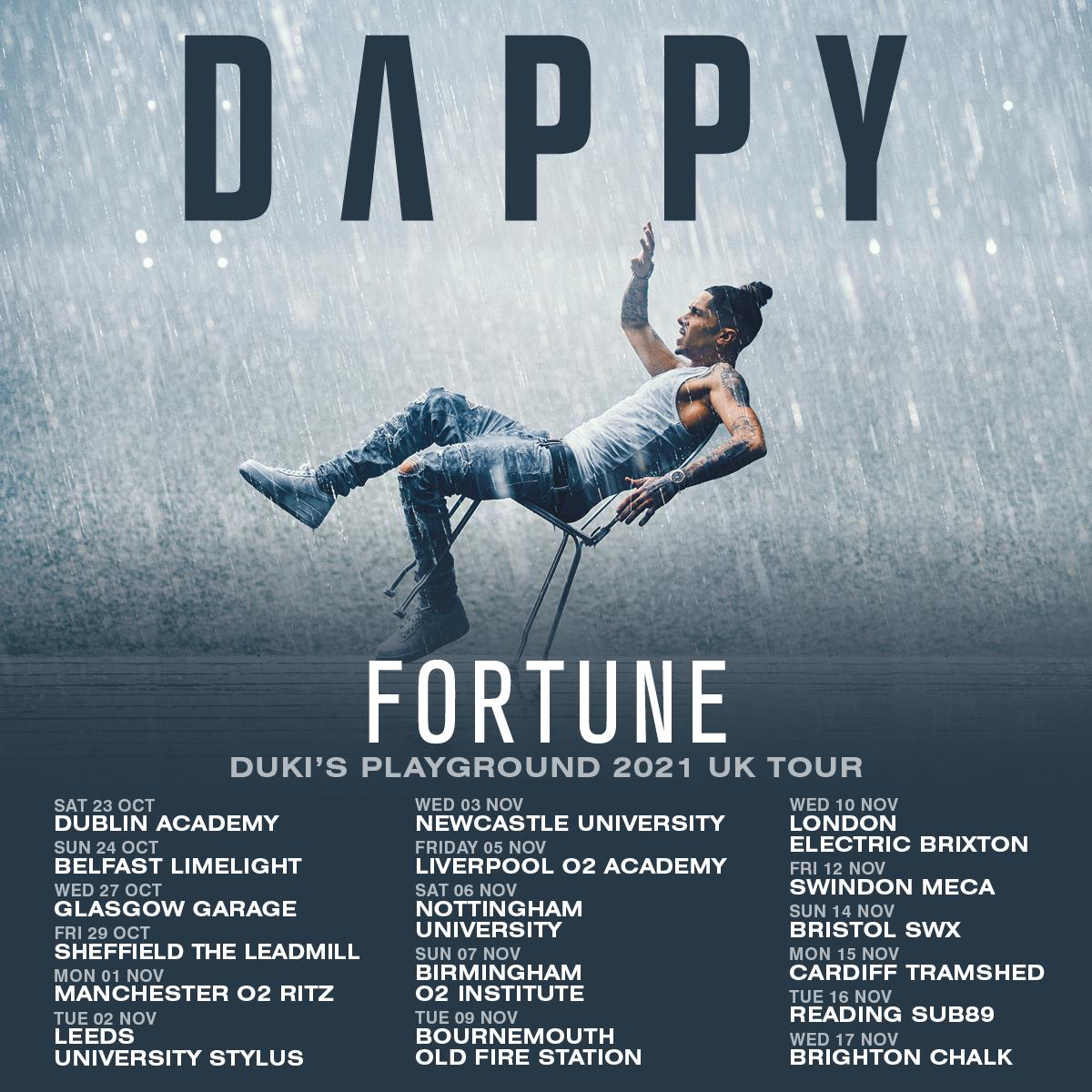 Dappy has announced a major UK tour for October and November 2021 that will include a show at the Manchester O2 Ritz on November 1st.

‘Wounds’ is the first track from Dappy’s long awaited new project ‘Fortune’ to be released on June 25th.

Dappy is a four-time platinum British rapper, singer, songwriter and producer. He has 170 million views of his solo music on YouTube and over 1.2 million Spotify listeners per month.

He is known for being a member of the Camden-based supergroup N-Dubz with his cousin Tulisa and producer Fazer. N-Dubz had 8 top 40 hits in the UK charts, two platinum sales albums and a sold out arena tour of the UK.

Dappy’s solo debut ‘No Regrets’ reached number 1 on the official charts. Another top 10 hit “Rockstar” followed with the legendary Brian May and his solo top 10 debut album “Bad Intentions”. Another single, ‘Beautiful Me’ hit the top 20, and its 2018 single ‘Oh My’ had over 54 million streams on Spotify.