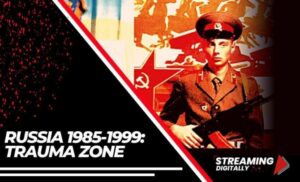 Many years ago I paid a visit to the artist Jai Redman at his studio at the old Dunlop factory in hulme. He was at the time the lynchpin in an art collective called UHC; his various paintings, happenings and interventions – calling on experiences at the tree-dwelling end of political activism – believe a subtle knowledge of the nature of power, rooted as they are in a world where state and citizen engage each other in semi-permanent low – level conflict. Plenty for the armchair anarchist to enjoy in his work, then—though even I balked the time he showed me a sixteen-foot boardroom table he’d etched with a detailed map of the power relations in Manchester’s burgeoning ‘knowledge economy’.

“It’s called The Thin Veneer of Democracy“He beamed, proudly. “To show up all those bastards who’ve got this city stitched up. All on one table.”

It looked like the most batshit conspiracy I’d ever seen. “How the hell did you get ten grand out of the Arts Council to do that?” I wondered. When his work was later celebrated at Manchester Art Gallery it confirmed the good favor he now enjoyed. Fred Done started buying it. Not the table, I don’t think, though you do picture the most spectacularly sinister board meetings at Done’s and – so many years down the line – it all now somehow seems strangely apt now.

I had cause to think of Jai’s table after a man I knew died of a drug overdose – following which there was a wagon-circling among institutions drawn into the affair. Some aspect of the tale needed to be expunged from public memory and it appeared that some kind of network was available in order to achieve such a thing. Is that MI5 or GCHQ at work I asked myself as the lead casket of truth was interred without ripple in the Irish Sea at the dead of night, or is that the de facto establishment in action, taking care of business? I mean, some of those institutions were on Jai’s table.

It’s been sobering to watch Adam Curtis’s new series trauma zone on the BBC iPlayer – about the progress of Russia and its peoples in the turbulent years 1985 to 1999 – a leaner, less mannered affair for fans of the documentary maker. Neither music nor voiceover narration distract from the six essays assembled from footage shot by BBC crews over the years, seeking to show ‘what it felt like to live through the collapse of communism and democracy’. The nature of our enemies’ pain, in other words. Curtis’s films show a people increasingly lost in a place where nobody has any faith in the instruments of the state. Buffeted by events, beset by shortages, subjected to the humiliation of ‘shock treatment’ economic experiments they can do nothing to resist…watching housewives bicker in the street and protests engulfing town squares you ask yourself: at what point would we recognize

ourselves as transitioning to a different contract with our own state?

Then you think about corruption, democracy, transparency, cronyism, vested interests…and look to your own world. How much insight do we have – here in Manchester with its skyscrapers and foreign investors and its Poundshop Politburo – into the machinations of money in our midst? When a rare report is published into the doings of the Abu Dhabi United Groupor the sale of our land to far East investors, does it have any real effect on the course of our politics?

How corrupt is Manchester? How vulnerable is it to a descent into chaos if things continue to go awry; if the hedge fund revolution – or whatever it is they’re trying to cook up in London – isn’t stopped? Is adequate scrutiny being applied in the former Peoples’ Republic?

What is your experience?

The post Danny Moran: how corrupt is Manchester? appeared first on About Manchester.