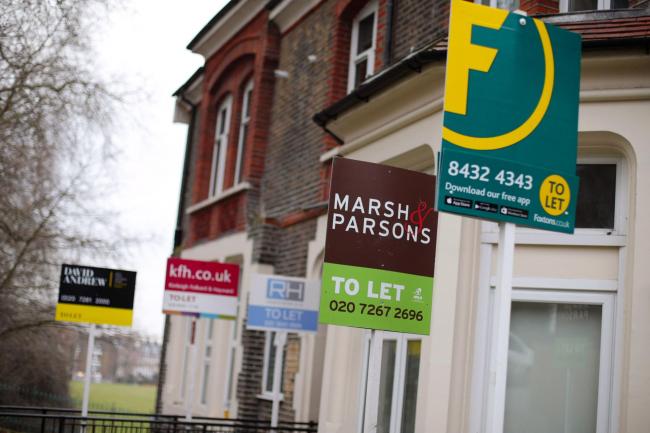 Researchers from the Think Tank IPPR investigated the private rented sector in the city region by speaking with people who live and work in it.

They found that people are living in unacceptable conditions: There are 223,000 privately rented homes in Greater Manchester and in many of them, people are feeling “exhausted” and “overwhelmed” by the state of their homes.

Residents are worried about their children: People are concerned about the harmful impact of their poor-quality homes on the health and wellbeing of their children.
And as cost of energy skyrockets, inefficient homes are a ticking time bomb:

Rates of fuel poverty in some parts of Greater Manchester are already over 20 per cent – higher than the national average. Tenants report facing “extortionate” bills owing to poor quality homes, with over half of privately rented homes in Greater Manchester failing to meet Energy Performance Certificate (EPC) standard C.

This could be a legal obligation of landlords for new tenancies from 2025 and all rented homes from 2028, which means the area could face an exodus of landlords who cannot meet this standard.

There are multiple reasons for these problems including an under supply of affordable homes and ever-increasing housing costs.

IPPR has long called for investment in new affordable homes, greater regulation of the private rented sector, planning reform and more at the national level, but researchers believe that there is more that could be done locally. IPPR North’s research shows that changes in how homes are financed, managed, and delivered are sorely needed for a healthier, more sustainable future of housing in Greater Manchester.

Taking all of the evidence into account, including international examples of good practice, researchers have recommended that Greater Manchester develop an investment model, coordinated by the Greater Manchester Combined Authority (GMCA), that would benefit tenants and landlords alike. The proposed model would help to dismantle the barriers to financing improvements to properties in the area, give GMCA a role in recommending local contractors to perform property improvements, and ultimately provide better homes for people, and better assets for landlords. The model would work alongside broader changes needed to improve the quality of homes in the private rented sector including improving the capacity of local authorities to better carry out enforcement action against rouge landlords, selective licensing to monitor standards and greater investment from central government to also improve poor quality homes.

“The private rented sector is not working for hundreds of thousands of people. Everyone deserves to live in a safe home and every child deserves to grow up in a healthy environment. But that isn’t the case for too many families here in Greater Manchester where many are enduring appalling, dangerous conditions with damp, pest infections, and cold homes.

“The government’s leveling up white paper sets out an ambition for the number of non-decent homes to halve by 2030. To achieve this, the next prime minister must commit to overseeing a country where homes are safe to live in, by making empowering local leaders, like metro mayors, their priority so that places have the powers and resources they need to level up homes locally.”