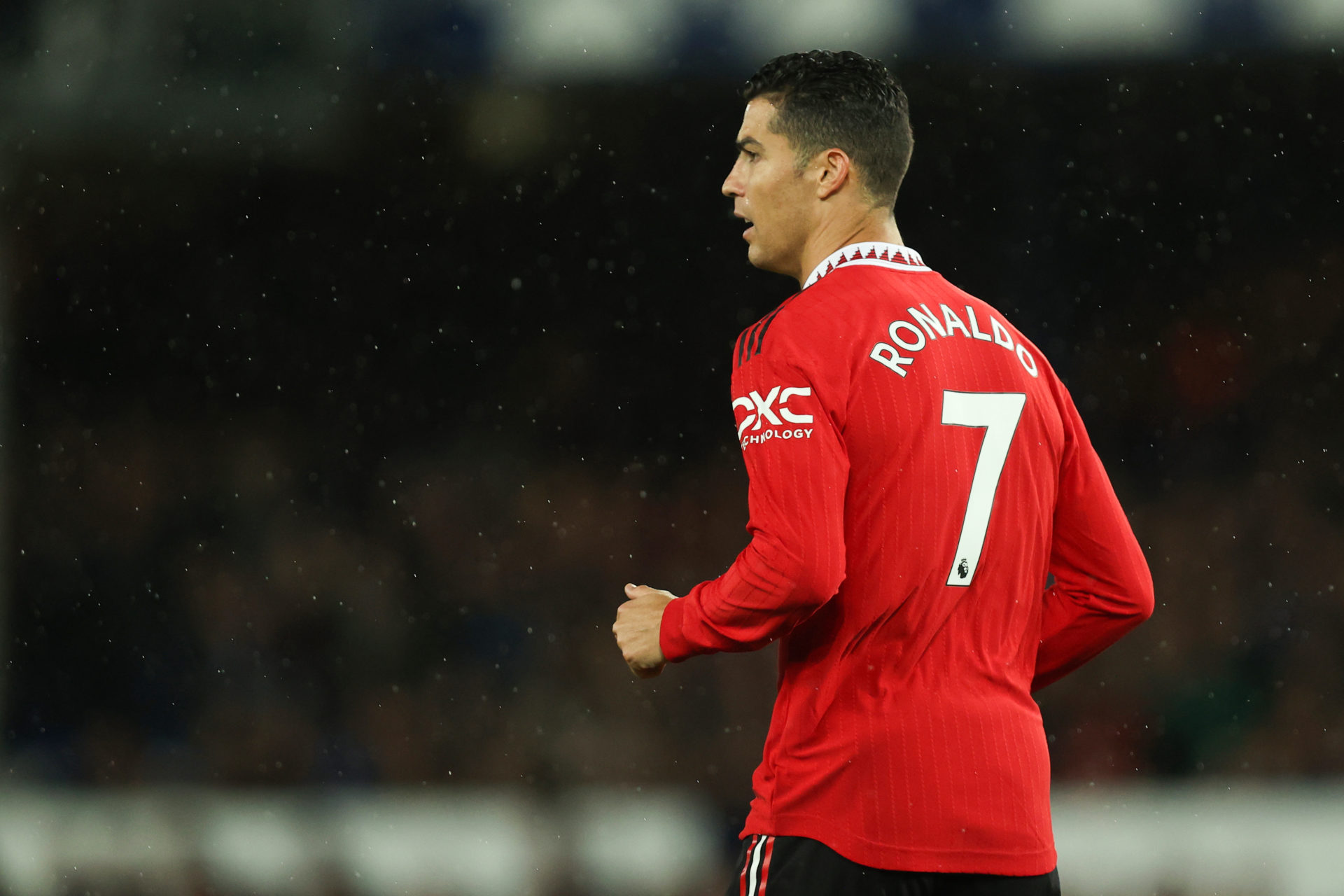 Cristiano Ronaldo is in genuinely happy mood after scoring the winner for Manchester United against Everton.

Last week after United’s win over Omonia, Ronaldo had to grit his teeth and applaud the 3-2 win, despite being hugely disappointed by his own failure to hit the back of the net.

This time Ronaldo was far more expressive in his post-match message, and chose to focus on the team’s success rather than his individual achievement.

Ronaldo’s focus on the team win came on a night he scored the 700th club goal of his distinguished career.

There was a longer wait for Ronaldo’s milestone goal than anybody had expected, but it was worth the wait.

This was just United’s second league win over Everton in the last eight matches, with Ronaldo’s strike the winner in a 2-1 victory.

He had begun the game on the bench, before Anthony Martial came off injured. Ronaldo took full advantage, with a strong all round performance, topped off with the goal he had been waiting for.

Photo by James Williamson-AMA/Getty Imagesshow all