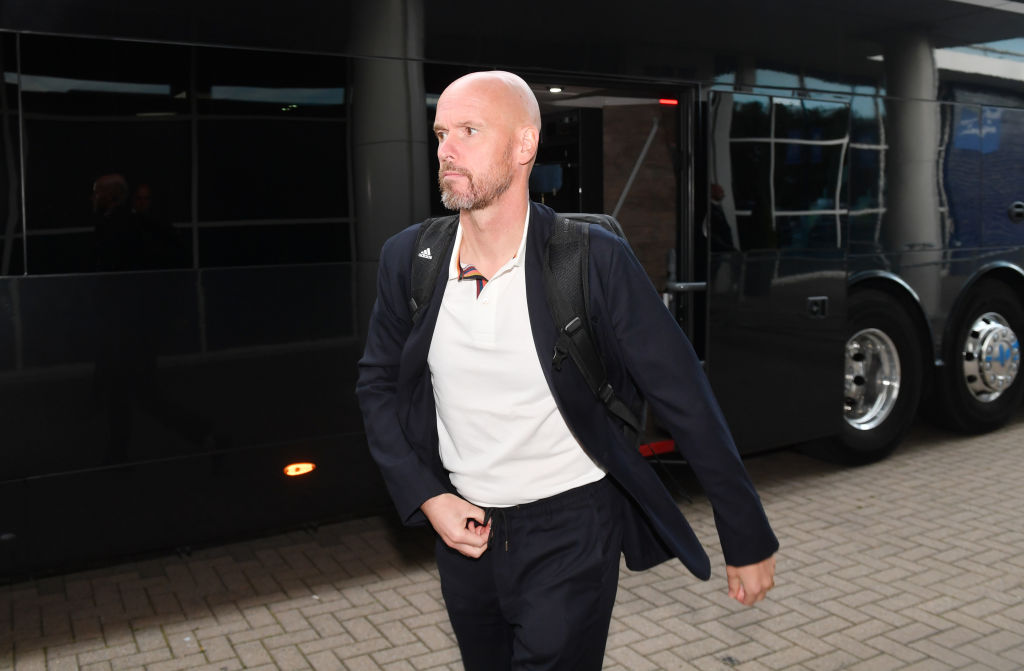 Erik ten Hag will be hoping to make it three consecutive Premier League wins when his Manchester United side face Leicester City tonight.

Here is the Red Devils starting line-up the Dutchman has picked for the clash at the King Power Stadium, which kicks off at 8pm:

After enduring a woeful start to his Manchester United tenure following chastening defeats to Brighton & Hove Albion and Brentford, Ten Hag’s Reds look to have turned the corner after gaining back-to-back wins against Liverpool and Southampton.

The 52-year-old’s side will move up to fifth place in the league table with a win against Brendan Rodgers’ Foxes.

Leicester find themselves bottom of the table with one point from four matches.

But United haven’t beaten the 2015-16 Premier League winners in any of our last five meetings across all competitions.

The big news is that Ten Hag has selected an unchanged starting line-up from the side that beat the Saints 1-0 at the St Mary’s Stadium on Saturday, meaning Casemiro and Cristiano Ronaldo start on the bench.

The clash against Mikel Arteta’s Gunners at the Theater of Dreams could see Antony make his Red Devils debut.

The Brazilian and Martin Dubravka have completed their moves from Ajax and Newcastle United respectfully on transfer deadline day ahead of tonight’s clash.