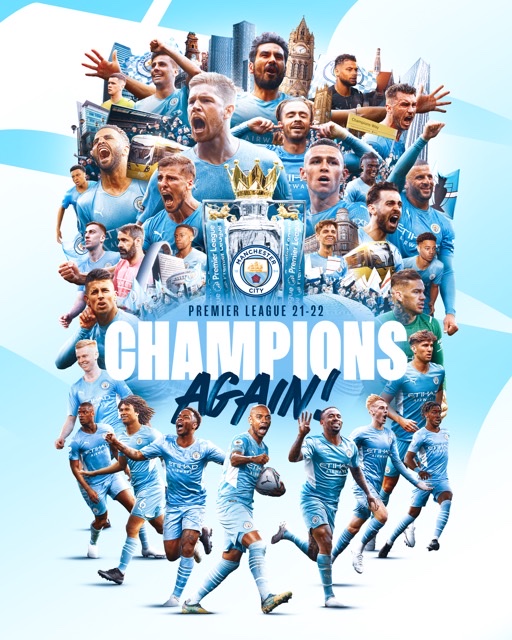 Manchester City will celebrate retaining the Premier League title with an open-top bus parade through Manchester city center on Monday 23rd May.

Pep Guardiola and the squad will depart from Exchange Square at approximately 6pm, travel onto St Mary’s Gate and then south on Deansgate, before finishing at the Beetham Tower where a live stage show will take place with the Champions.

Onstage entertainment will start at 4:30pm with the players expected to arrive at approximately 7pm.

The parade will be hosted by Manchester City’s City Square presenters Danny Jackson and Natalie Pike, who will be joined by former players and special guests. There will also be live music from bands and DJs.

The entrance to the parade stage viewing area is only accessible via Deansgate and all fans will be searched before entering.

As this is a non-ticketed event, fans are advised to arrive early to get the best possible viewing experience. There will also be screens throughout Deansgate showing all of the action from the stage.

An accessible viewing platform will be located on Great Bridgewater Street and members of the Club’s Access Team will be on hand to assist fans who require access.