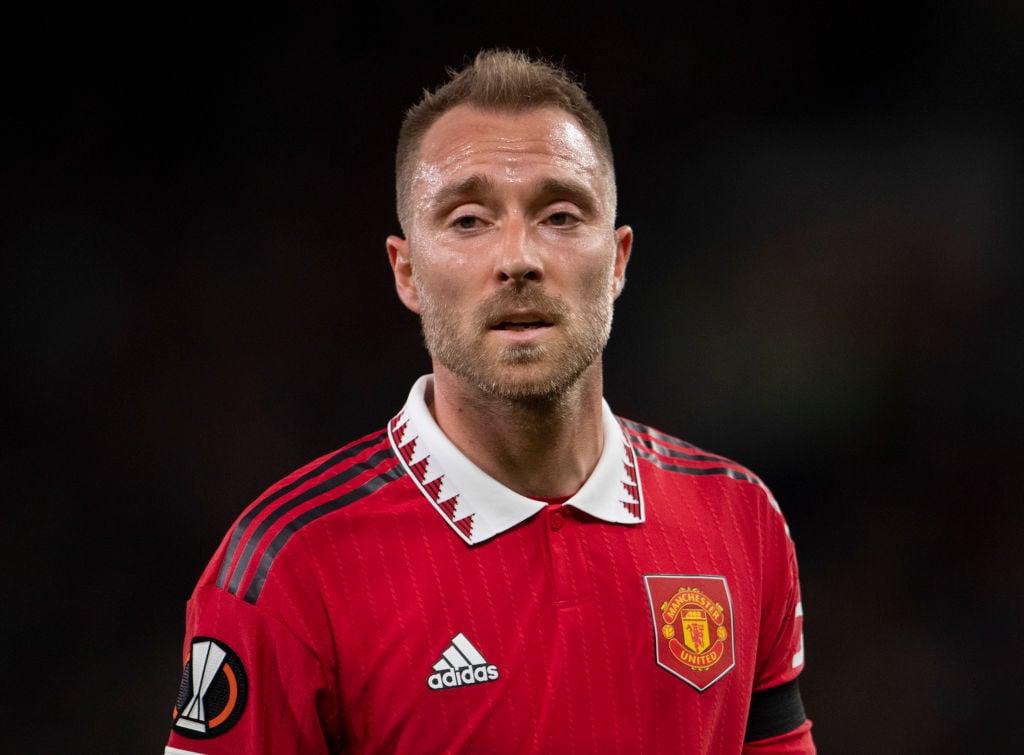 The 30-year-old Denmark playmaker has started all eight of the Red Devils’ games this season and he’s become a vital cog of Ten Hag’s side since signing on a free transfer.

United’s number 14 has seamlessly slotted into central midfield alongside Scott McTominay and he has injected quality, calmness and creativity to our game.

After opting against re-signing with Brentford and instead signing a three-year deal with the twenty-time league champions, Eriksen looks set to become one of the bargain signings of the season judging by his early eye-catching performances in a United shirt.

The 115-time Denmark international, who also carries a massive threat from set pieces, has already provided two assists for Ten Hag’s side.

But after winning four Premier League games in a row, Manchester United are set to be tasked with the acid test following the conclusion of the international break.

Ten Hag’s side travel to a rampant Manchester City on 2 October and after beating Liverpool and Arsenal already this season, confidence will be high in the United camp.

And when Ten Hag’s side have the ball, the reigning Premier League champions will likely press United high up the pitch, hoping to win turnovers in dangerous areas.

Manchester United are going to have to be brave in possession and shift the ball quickly, if we do that successfully we could cut through our noisy neighbors like a knife through butter.

Eriksen’s awareness and vision will likely be crucial in United coming away from the Etihad with a positive result.

It was Eriksen’s deft forward pass into Bruno Fernandes which allowed United’s number eight to carve open the Arsenal defense and play in Marcus Rashford for United’s crucial second goal against the Gunners.

Eriksen, who sometimes looks like he’s playing with eyes in the back of his head, could punish Manchester City and get United on the front foot with his classy range of passing.

The former Ajax, Tottenham Hotspur and Inter Milan midfielder has already put Manchester City to the sword several times in his career.

From 16 matches against City, Eriksen has been directly involved in 11 goals (five goals, six assists).

Only against Swansea City has Eriksen been directly involved in more goals (13) than against City.

Eriksen has been on the winning side against City five times, while losing eight and drawing the other three.

Manchester United have been crying out for a central midfielder who wants to get on the ball and dominate games for years.

In Christian Eriksen, Ten Hag looks to have signed the midfield maestro we so badly craved and the great Dane could have a huge bearing on the outcome of his first Manchester derby.

Manchester City player’s wife recons all Manchester restaurants are ‘horrible’. Is she right?