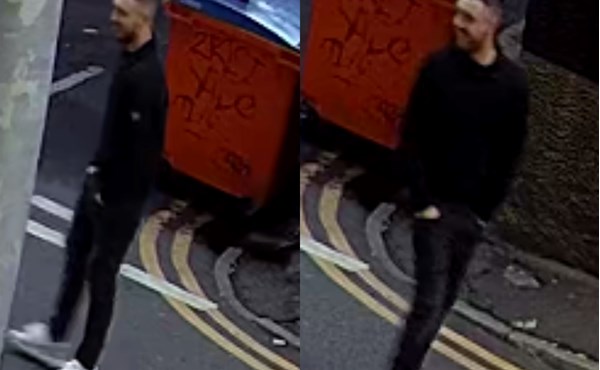 59-year-old David Aubert was taken to hospital after an assault on Bloom Street and later left on his own accord.

Days later on June 6 officers received a report that David was missing by a family member and a missing report was submitted.

Two days later, David was sadly found dead at an address on Upper Brook Street in Longsight at around 11am.

A murder inquiry was subsequently launched and a number of lines of inquiry are continuing to be followed up.

Detective Chief Inspector David Meeney, from GMP’s City of Manchester division, said: “Detectives have been working throughout the weekend to piece together the events of what happened that night and give David’s family and friends the answers they deserve.

“Following meticulous CCTV checks, we’re now in a position to release images of a male we want to speak to as part of our on-going investigation.

“Anyone with information or anyone who recognizes the male is asked to call 0161 856 1259 or report it online or via LiveChat at www.gmp.police.uk.