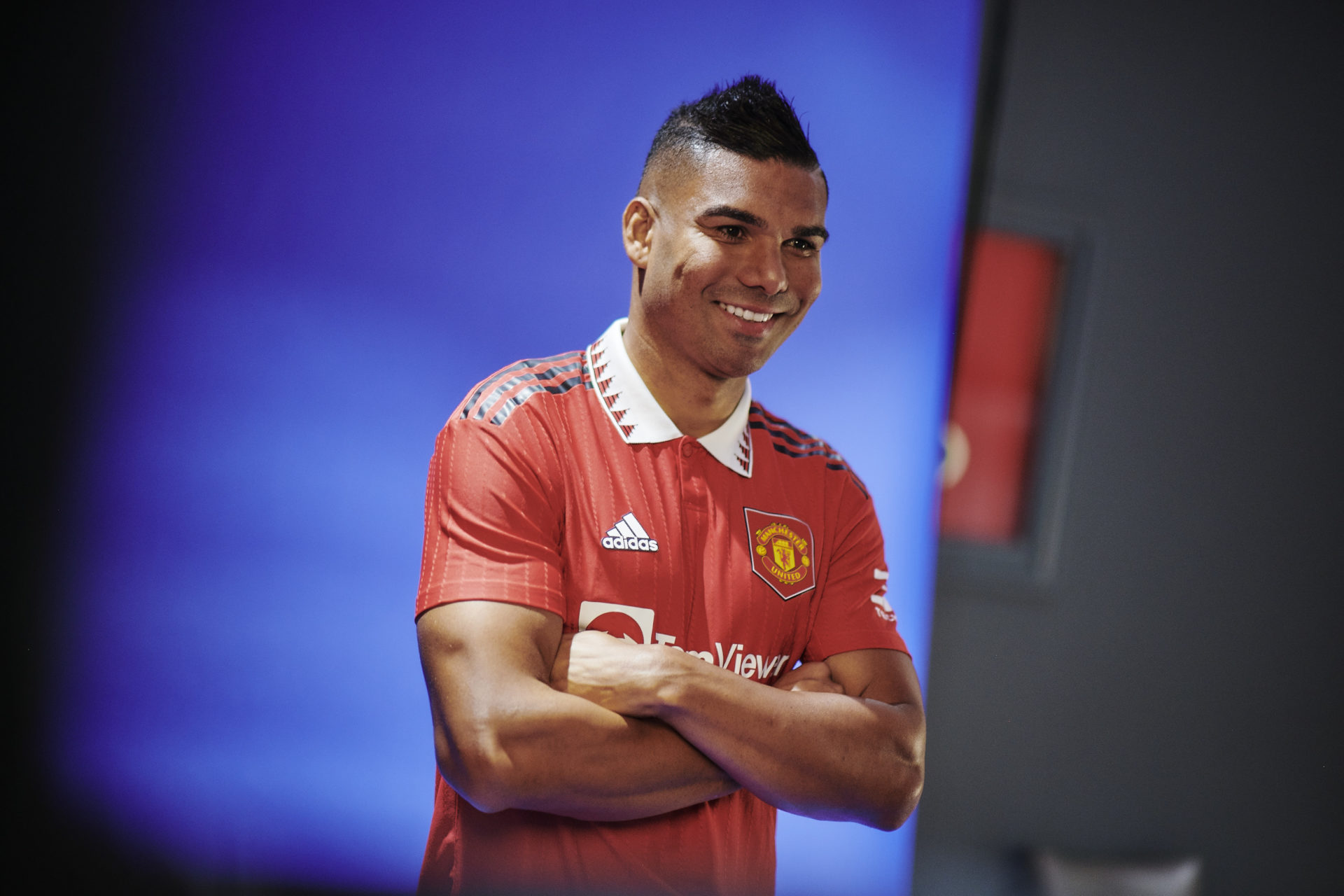 Manchester United have released the first pictures of Casemiro wearing the club kit.

Casemiro is expected to begin training with his new teammates later today, with a view to potentially being involved against Southampton this weekend.

Casemiro has already warned he is set to train intensely, and will bring an extra competitive spirit to the United team.

Speaking to the club website, Casemiro said: “For me you train like you play and I feel that’s key to winning games and titles. You have to train as hard as possible to play at your best, be strong and fully committed.”

He is after a new challenge, which he will certainly get at Manchester United, a club in the midst of a rebuild under new manager Erik ten Hag.

The MEN report United have paid £60 million to sign the midfielder, a fee which looks reasonable in the current market.

Recent performances have shown he is at the top of his game right now and will be able to make a big impact in a United team crying out for a dominant central midfielder.