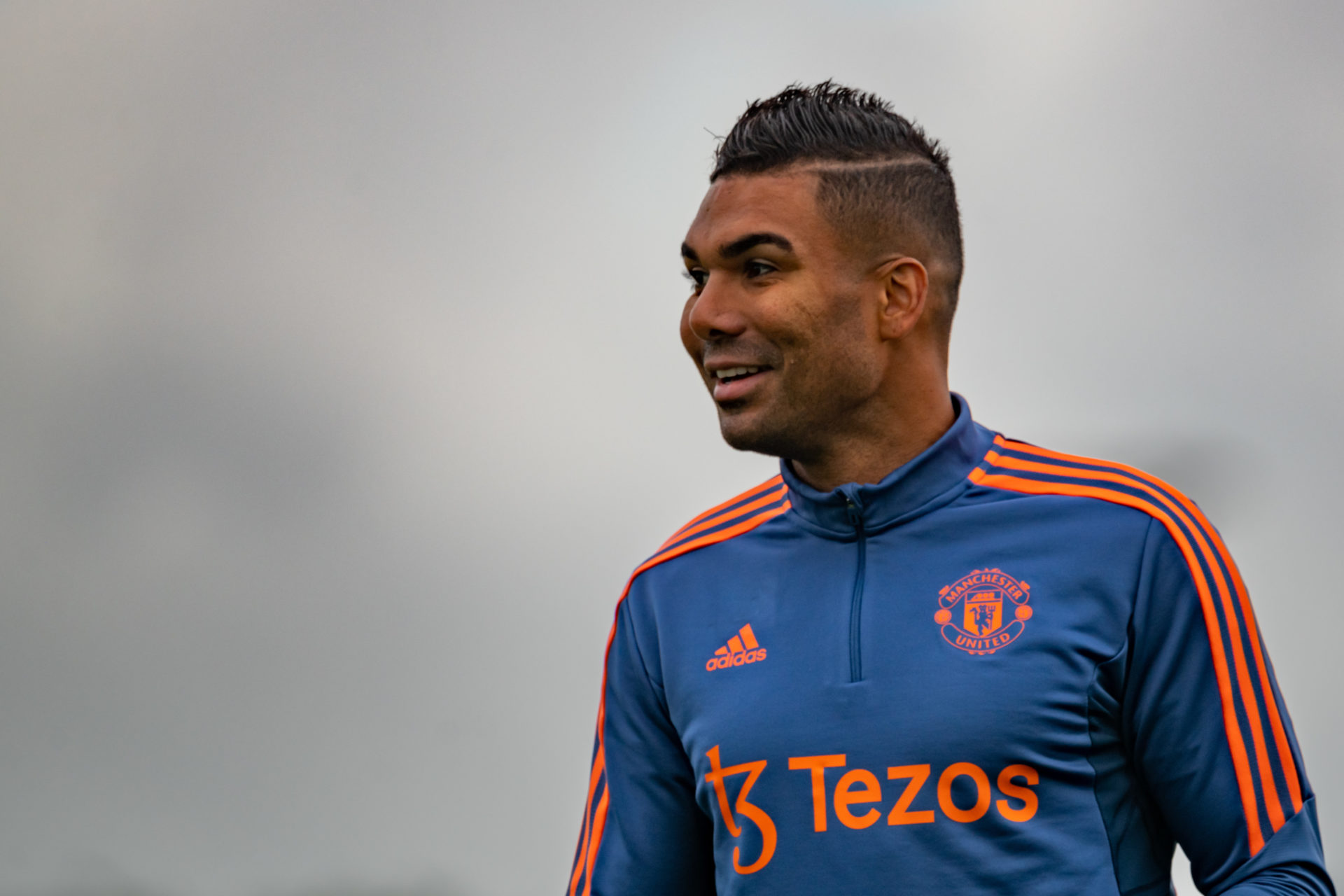 Former Real Madrid midfielder Casemiro has been pictured training with Manchester United for the first time at Carrington.

The 30-year-old Brazilian will be hoping to make his debut for the Red Devils when we travel to Southampton on Saturday.

As well as reuniting with former Real Madrid teammates Raphael Varane and Cristiano Ronaldo, Casemiro will link up with fellow Brazil international Fred in the heart of Ten Hag’s midfield.

Manchester United have been crying out for a midfield enforcer ever since former captain Roy Keane retired and Casemiro has the mentality and temperament to fill that void.

After enduring an abysmal season last time out, Manchester United needed leaders who will be the go to men in the dressing room when the inevitable tricky periods do arise.

Casemiro is exactly the type of character this football club so badly needs and with him hungry to make his chapter in Manchester a success, it’s hard to see his signing being nothing more a rip-roaring hit.

With him having the opportunity to train at Carrington for the first time, the South American will no doubt be hoping to make his debut with a trip to the Saints.

However, after beating bitter rivals Liverpool on Monday night where Casemiro was paraded to the Old Trafford moments before kick-off, the Dutchman may opt to go with the same starting line-up on the South Coast.