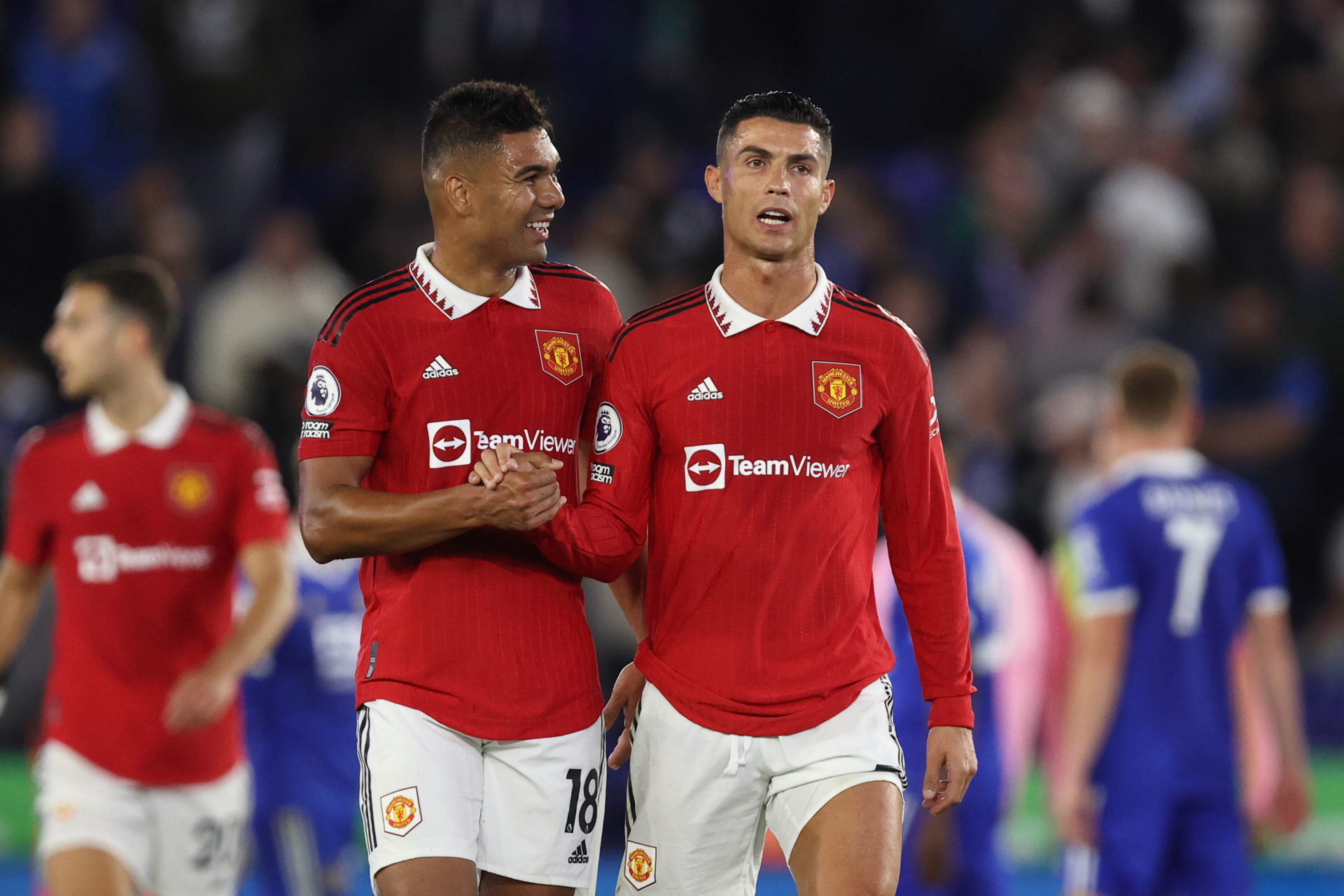 United are now up to fifth place in the Premier League table with the victory, an impressive considering considering the two defeats to start the campaign.

The win saw new signing Casemiro come off the bench to make his second appearance for the club, following his debut against Southampton at the weekend.

He was joined by former Real Madrid teammate Cristiano Ronaldo, who also came off the bench and almost scored, firing a spectacular overhead kick just wide.

Casemiro was a calming influence when he came off the substitute’s bench in the 59th minute, replacing Anthony Elanga in a tactical move.

The Brazilian made 41 touches in 31 minutes, winning three duels, one interception, and making five ball recoveries.

He sent out a message celebrating United’s victory, with a big smile on his face after the final whistle.

Casemiro was followed by Cristiano Ronaldo, who also celebrated United’s win at full time with a similar message.

Ronaldo has had a difficult summer, ending the transfer window as a Manchester United player when he had wanted to leave the club to play Champions League football.

Now he has to reintegrate himself into the team, having started just one of five games this season. He is yet to score.

Free of distractions, Ronaldo can now refocus, and manager Erik ten Hag expects more from both him and Casemiro in the weeks ahead.

Ten Hag told the club website: “Once Casemiro and Ronnie [Cristiano Ronaldo] get fitter and fitter, we want [have] more contributions to give to the team.”