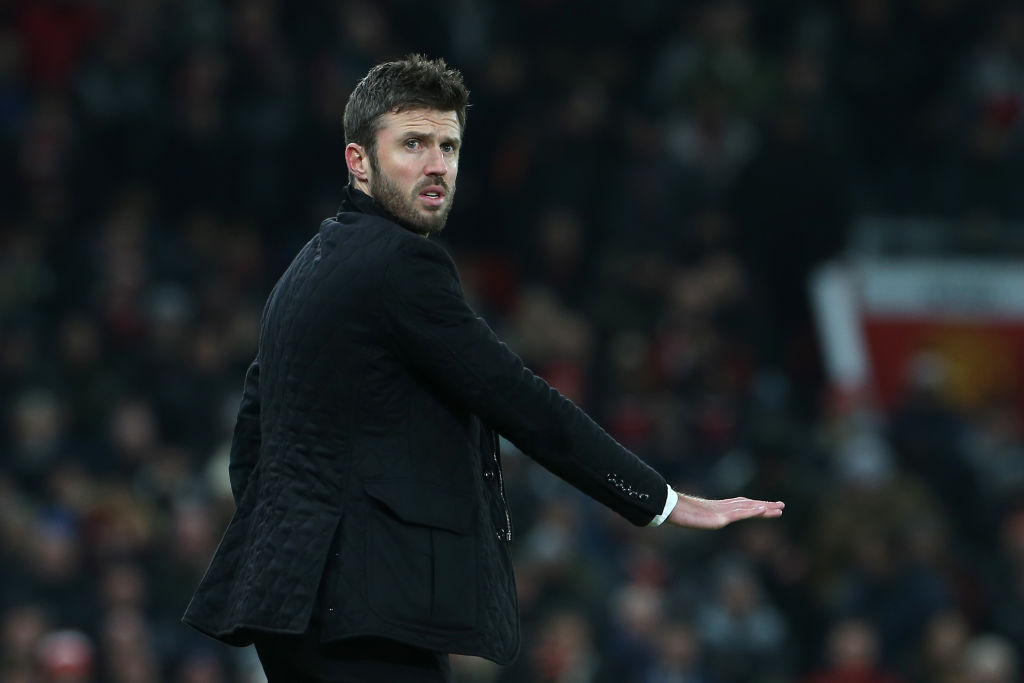 Middlesbrough manager Michael Carrick has hinted that he may look to utilize his contacts at Manchester United when trying to bring players to the Riverside Stadium.

The former Manchester United midfielder and assistant manager accepted his first full-time managerial role on Monday when it was announced he’ll be returning to the North East having grown up on Tyneside.

The 41-year-old was placed in caretaker charge of the Red Devils for three games last season following the sacking of Ole Gunnar Solskjaer last November.

Carrick oversaw wins over Villarreal and Arsenal, as well as drawing against Chelsea at Stamford Bridge.

But with Ralf Rangnick coming in as interim boss, Carrick decided to call it quits on his time at Old Trafford because he wanted to embark on his own career in management.

The former 34-time England international was asked in his official unveiling whether he would look to utilize his contacts at Old Trafford when signing players.

Speaking during his first Boro press conference, a joking Carrick responded: “Depends who’s expensive or not doesn’t it, they might give me a couple of cheap deals hopefully.

“That’s part of football – who you know and building relationships and trust, and hopefully we take good players – whether it’s to sign them or on loan, and they’re going to trust us to look after their players.”

Here are four players that Carrick could look to sign for Middlesbrough on loan.

United’s former number 16 also revealed that being in charge of the twenty-time league champions for three games gave him the taste to take up the reins at Middlesbrough.

Carrick added: “I felt comfortable in the role (as interim manager at United), having the responsibility and I did think that I’d cope.

“It was a natural fit for me. Everyone says there must have been a lot going through my head, but it was quite calm for me. It was three games and it’s a great responsibility to what I have now.

“I got a real flavor of it last year. I was coaching at United and it was a case of one day. Working with Ole, I loved it.

“He gave me a lot of things to do, and it was a natural progression. I wanted to give it a go and I feel I’m ready for it. I want to dedicate myself to being the best coach I can be.”

Carrick’s first game in charge of the side that sit 21st in the Championship table will be on Saturday when his side face a trip to Preston North End where he could come against Manchester United loanee Alvaro Fernandez.