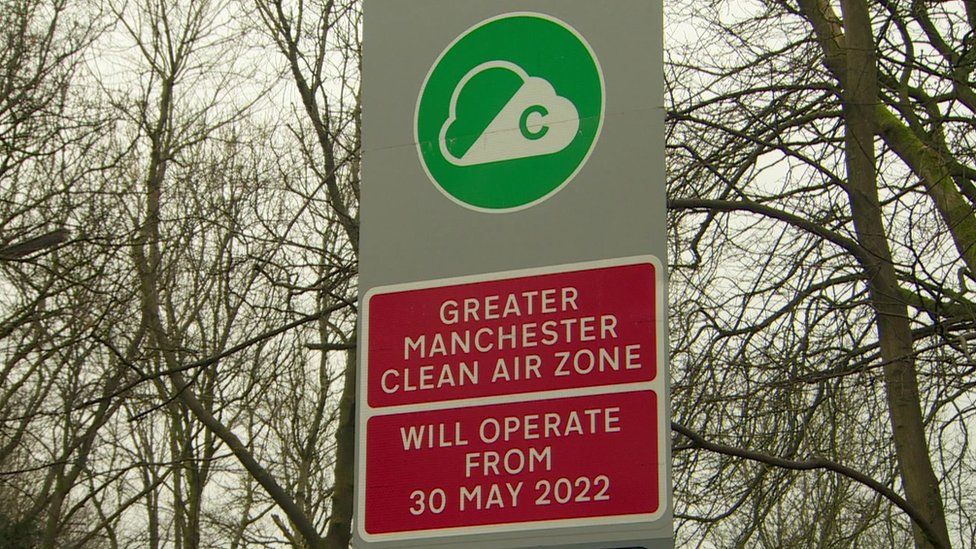 The Mayor of Greater Manchester has written to the Environment Secretary reiterating the city-region’s call for an investment-led, non-charging Clean Air Plan.

Greater Manchester and Government agreed a short, time limited pause in the implementation of the plan in February 2022 after the original scheme was deemed unworkable due to global vehicle supply chain issues linked to the pandemic and the emerging cost of living crisis.

Leaders began the process of reviewing the original Clean Air Plan to deliver, by the middle of the year, a new model that will clean up the city-region’s air in a way that is fair to businesses and residents, and not cause financial hardship to people in Greater Manchester.

The Mayor of Greater Manchester, Andy Burnham, and Cllr Andrew Western, GMCA portfolio lead for Clean Air, have now written to the Environment Secretary, George Eustice, to set out Greater Manchester’s proposal for an alternative Clean Air Plan that would clean up the city -region’s air without creating additional financial hardship for local businesses and families.

Poor air quality has a significant impact on the health of people in Greater Manchester, and the Mayor has called for the Government to urgently engage with leaders on the proposals to deliver a plan that works for everyone across the city-region.

In the letter, the Mayor outlines Greater Manchester’s ambition for an investment-led, non-charging Category B Clean Air Zone designed to incentivize people to upgrade their vehicles using the Clean Air funding already allocated by Government alongside additional financial support.

The incentives would enable high-polluting vehicles to be upgraded to those with cleaner engines, while mitigating any additional economic risk or hardship to residents and businesses.

The new plan would deliver compliance with legal air quality levels for nitrogen dioxide in all parts of the city-region by 2026, but Greater Manchester wants to secure the benefits as soon as possible, subject to the support of Government.

“We know the original Clean Air Plan caused serious concern among many residents and businesses earlier this year.

“We listened to what people were telling us and urgently commissioned research into those areas of concern, namely the global vehicle supply chain issues and the ongoing impact of the Covid-19 pandemic.

“Because of the action Greater Manchester took, we agreed a pause in the scheme with Government. We are now confident from the work we’ve been doing that we can secure the right plan for our residents and businesses, which cleans up our air, but doesn’t result in hardship or a single job being lost. We now need Government to work with us on this to help deliver our vision.

“It is only right that we now provide an update on the progress we have made towards developing a new Clean Air Plan to be agreed with Government.

“That is why I’ve written to the Environment Secretary reiterating our call for an investment-led, non-charging Clean Air Plan and I would urge our colleagues in Government to engage with us on this matter as soon as possible.”

Air quality modeling shows that exceedances over time are at odds with the previous Greater Manchester wide plan and Category-C Clean Air Zone. The new direction from government continues to form the basis for a review.

Funding has been provided for 56 new buses, with 33 upgraded so far. Eighty per cent of the region’s bus fleet is set to be Clean Air Zone-compliant this year. To date, 535 successful applications have been made for funding to upgrade HGVs, with 52 non-compliant HGVs already upgraded.

“Air quality is one of our biggest health challenges and we are still completely committed to tackling it. But if we are to succeed in cleaning up Greater Manchester’s air, we must have a plan that is fit for purpose and fair to the people of our city-region.

“We are acutely aware of the devastating ongoing financial impact of the cost-of-living crisis, and that’s why we believe an investment-led non-charging Clean Air Plan is the way forward. But I would like to stress that no decision has yet been taken on a new plan in Greater Manchester and that a new scheme would have to be agreed with Government.

“To that end, we want to build on the constructive talks held with Government in January and progress with a plan that is right for Greater Manchester. Time is of the essence if we are to develop this plan with residents and businesses in our city-region, so we are urging the Environment Secretary and his Government colleagues to engage with use on this matter as soon as possible.”