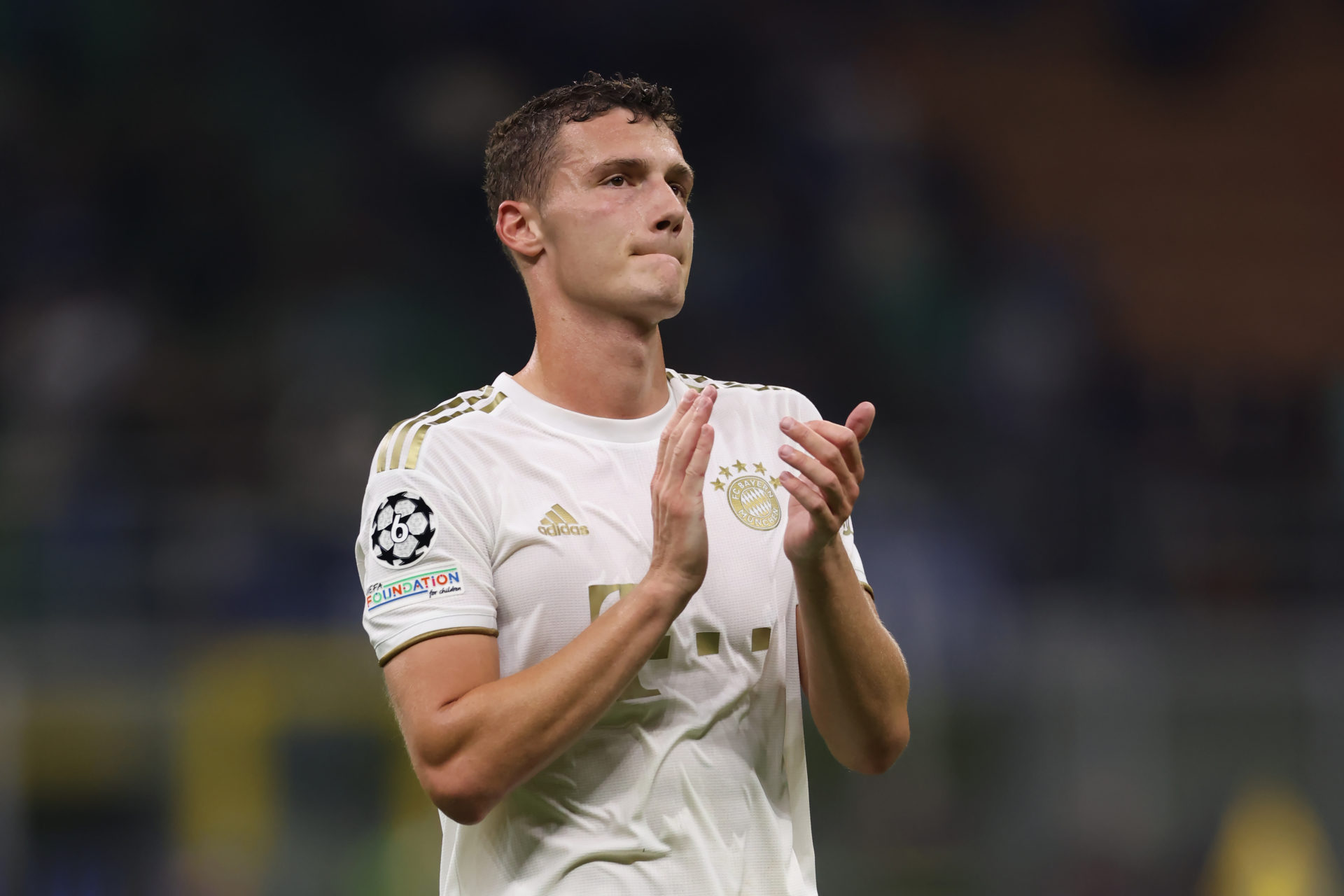 Manchester United did not sign a right-back in the summer, although it was not for lack of desire to.

Ultimately a failure to sell Aaron Wan-Bissaka prevented United from buying a player at the position, as other priorities took over.

Sergino Dest and Thomas Meunier were among the players linked, along with French World Cup winner Benjamin Pavard.

L’Equipe reported in August that Manchester United had enquired after Pavard, who has been at Bayern Munich since 2019.

Pavard spoke to French outlet Telefoot and said he was aware of interest, but decided this was not the right moment in his career to leave Bayern.

Pavard did say he would be open to a move away from the German club in the future.

He said: “I had calls from different clubs with my agent. Afterwards, I had the Bayern coach with whom we spoke and with whom we have a good relationship. He made me understand that I was in his plans, that I was important for the team.

“Maybe one day I will go to one of these clubs, you never know what the future holds. I’m quiet [at] Bayern Munich. Afterwards, we have time.”

The 26-year-old is under contract at Bayern until 2024. Together with the German side, he will have to make a decision next summer over his future, to either extend his deal, or plan to move on, before his deal runs down .

The defender has been capped 45 times by France and was part of the back four which won the 2018 World Cup alongside Manchester United’s Raphael Varane.

Pavard has started five Bundesliga games this season, scoring once, although was only a substitute in their Champions League victory over Barcelona.

The right-back’s comment that he is open to a move in the future should be interesting for United. However, not too long into the future. Next summer might be ideal.

Much will depend on the profile of player United want to compete with Diogo Dalot. If looking for an experienced player as opposed to a younger prospect, Pavard would fit the bill.

Manchester United claimed to be eyeing Jan Oblak for 2023