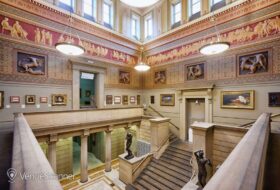 These are some of the proposals that Manchester City Council is looking at as it seeks to save £42.3m over the next three years

In common with local authorities across the country, Manchester City Council is facing a shortfall between the amount of money required to run services and the amount of money available. This is forecast at £28m in 2023/24 rising to £96m by 2025/26.

Huge inflation pressures have meant rising costs across the board – leaving the Council’s expected inflation and utilities costs over the next two years alone £42 million higher than reasonably anticipated.

The Council’s commercial income has also been badly hit by the lingering impacts of the Covid pandemic.

Despite lobbying, the council say they are not expecting any more funding from the government to help with these unprecedented impacts and the wider economic backdrop remains volatile.

This comes on top of more than a decade of cuts in our central government funding, in which Manchester has been one of the hardest hit places in the country.

The council is looking at reducing costs by sustainably reducing demand for crisis services – helping people earlier so they do not need more intensive and expensive help later on, or supporting them to be more independent for longer.

The bulk of proposed savings in Children and Education Services over the next three years – £10.4m worth – would come through building on the success of early prevention work and other innovations to reduce demand for costly crisis services. 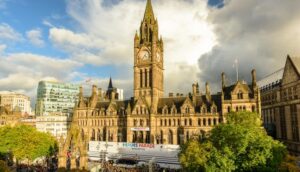 £4.4m of homelessness savings over three years through a managed reduction in the need for temporary accommodation including B&Bs. It will not involve any reductions to the service.

Adult social care also propose to achieve £2.3m of savings over the next three years through this approach while a further £4m is put forward through the redesign of provider services – such as supported accommodation, day services, transport arrangements and short breaks – to ensure people’s needs are met at the right level.

Reducing staffing budgets – but not overall staff numbers – to reflect the fact that there will always be vacancies at any given point through natural turnover. This is expected to save adult social care £1.6m over the next three years and the homelessness directorate around £200,000.

Shifting the funding of school crossing patrols from the children’s services budget to the parking and bus lane penalties reserve. This will save £386,000 from the council’s budget in 2023/24 with no reduction in service.

The forecast budget position is based on a proposed Council Tax increase of 1.99% to invest in services to support residents through the cost of living crisis and deliver on residents’ priorities and 1% precept to support adult social care. This is still considerably below inflation and would be a much lower increase than for other household bills.

The Council is concerned about the cost of living crisis affecting residents, which is why it has unveiled a £8m support package for residents this year and plans to invest an extra £3.5m in targeted anti-poverty measures in next year’s budget. However, the desire to minimize Council Tax increases has to be balanced against the need to fund essential services which support Manchester people, especially those who are struggling the most. 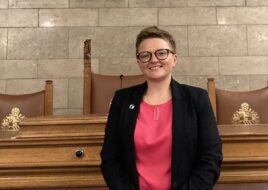 In short, the less Council Tax goes up, the more cuts will have to be found on top of the savings already being put forward. Manchester people on the lowest incomes get help through our Council Tax Support scheme.

“Over the last 12 years we have had to make £428m of savings to cope with Government funding cuts and unavoidable cost pressures such as inflation and a growing population. Even if we’d had only the average council funding cut we would be £77m a year better off. Despite this we have prioritized the services which Manchester people have told us are the most important.

“Long term planning and this clear focus on residents’ priorities has enabled us to navigate our way through successive challenging budgets while still moving the city forwards and protecting the most vulnerable.

“The latest budget will be no exception. The Council’s budget has been badly hit by inflation and a volatile economy. but we know household budgets have too many people in the city are struggling. It’s a difficult balancing act but we are determined to support them and protect the services they rely on.”