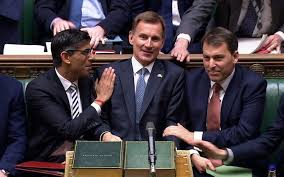 “On a positive note, I am encouraged by the Chancellor’s commitment to a new devolution deal for our city-region. We’ve worked hard to make the case for greater powers over housing, skills and transport and a single, block grant similar to Scotland and Wales. This would represent a major strengthening of devolution in England and the fact that the Government is looking positively at these proposals is itself a significant vote of confidence in what Greater Manchester is achieving.

“Of more concern is the Government’s second retreat on its promise to build Northern Powerhouse Rail in full. This was promised in the Manifesto, watered down in the Integrated Rail Plan, promised again by the previous PM and withdrawn again today. The North deserves much better than being given the run around like this. A new rail line across the North of England via Bradford is the single most important infrastructure investment this country needs and we ask the Government to sit down with Mayors and Leaders to discuss ways in which we can achieve it in full.

“The single biggest unresolved issue is public sector pay. We are facing a long, difficult and potentially dangerous winter and cannot afford to have our emergency service workers forced to take action to protect their living standards due to the lack of a fair pay settlement. Simply passing the buck to local employers on issues like firefighters’ pay is an abdication of responsibility. It will put even more pressure on the Council Tax, already under strain from today’s announcements on social care, and that will hit the poorest hardest. It is the Government’s job to guarantee the continuity of our emergency services this winter and we need them to negotiate practical solutions with workers and trade unions.”