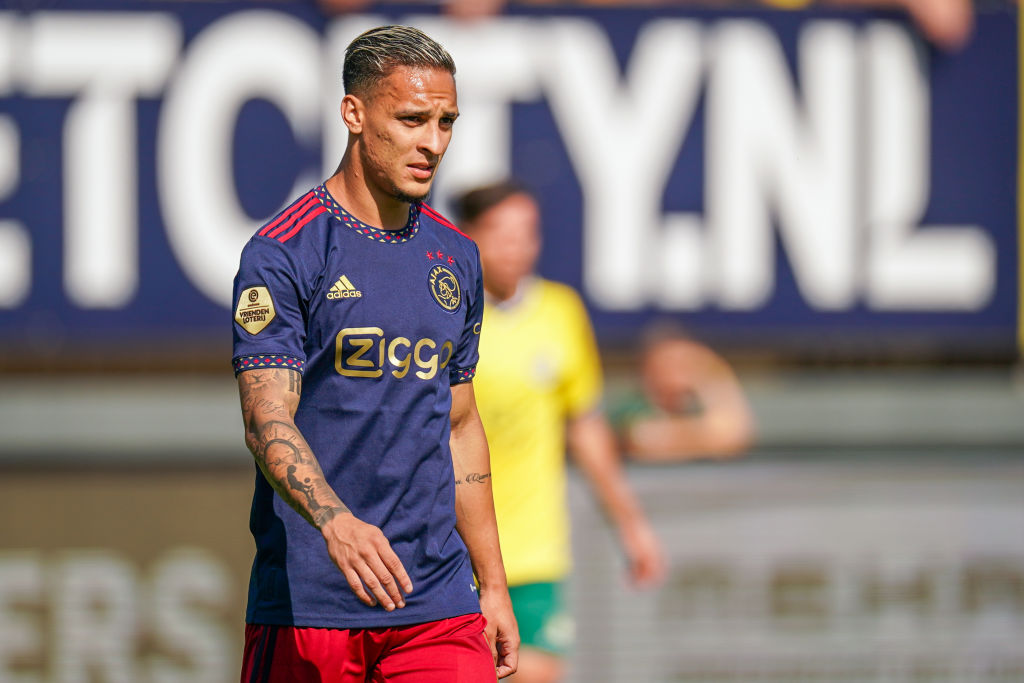 Antony is getting closer to sealing his move to Manchester United. The Athletic report a principle agreement has been reached with Ajax.

Now Sky Sports report the winger is expected to undergo a medical with the club within the next 48 hours.

Dharmesh Sheth reports: “Antony expected in the UK in the next 48 hours for a medical after agreement in principle struck between Manchester United & Ajax. Fee is guaranteed €95m + €5m add-ons.”

This allows Monday for the final details of the deal to be ironed out between clubs and Antony to travel to Manchester, before undergoing a medical on Tuesday.

The transfer deadline is on Thursday September 1, and Manchester United will close the deal well in advance.

It is frustrating the deal has taken this long, and the club are paying a high financial price for dragging it out so long.

In the end it was Antony who forced it through, making his position at Ajax untenable by going on strike and conducting an interview with Fabrizio Romano via YouTube on Friday expressing his clear desire to leave.

The clubs have since thrashed out an agreement on price, with the rest of the deal now expected to be a formality.

Fabrizio Romano added: “Lawyers checking contracts in order to sign Antony deal on Monday, full agreement between Manchester Utd and Ajax is worth €95m guaranteed fee, €5m add-ons. The deal can be considered done as revealed earlier today, to be sealed on Monday.”