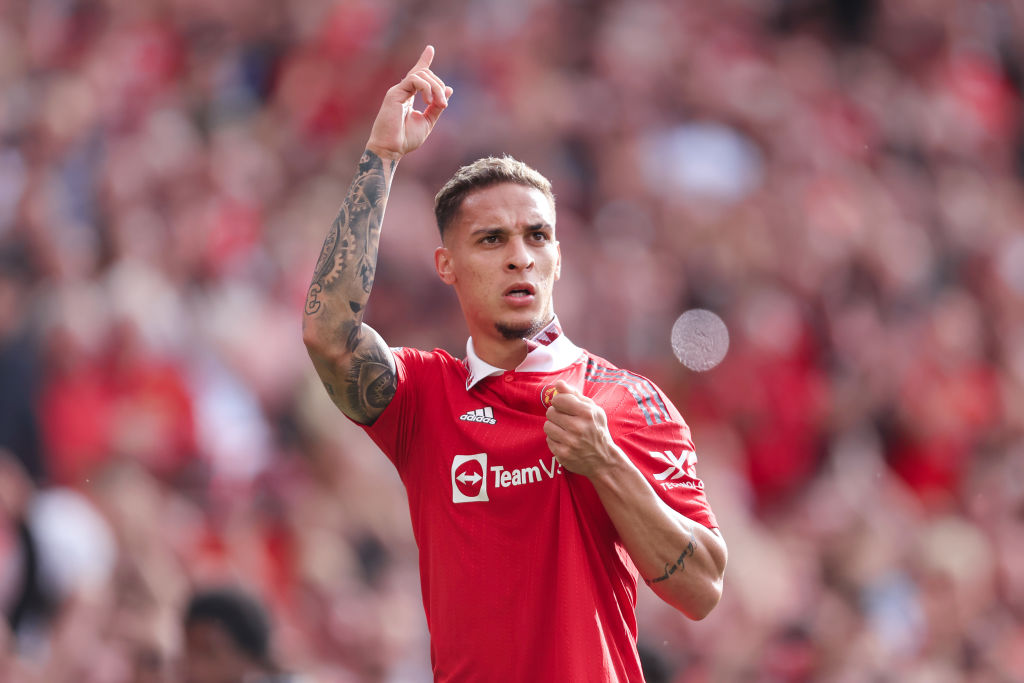 It was a dream debut for new signing Antony as he scored the opener for Manchester United on his debut.

Antony had fought for his move to Old Trafford, and went straight into the starting line-up at the first possibly opportunity.

It took him only 35 minutes to score, clinically scoring after Marcus Rashford had slipped him in on goal.

Antony celebrated passionately, running towards the camera, clutching the Manchester United badge on his shirt.

The Brazilian youngster sent a message to Manchester United fans after the game, expressing his excitement at playing his first match at Old Trafford.

The wait was worth it for him, and for Manchester United supporters.

Antony was substituted just before the hour, and Arsenal equalized soon after, before Marcus Rashford scored twice to seal a 3-1 victory.

United are in fifth place in the table and just three points off the top.

This was just a glimpse of what Antony is capable of. He performed a few tricks, nearly created a goal with a backheel, and attempted to chip Aaron Ramsdale from 40 yards out.

A first start could come in the Europa League this week. It was a bold call from Ten Hag to put him straight in, and it paid off.