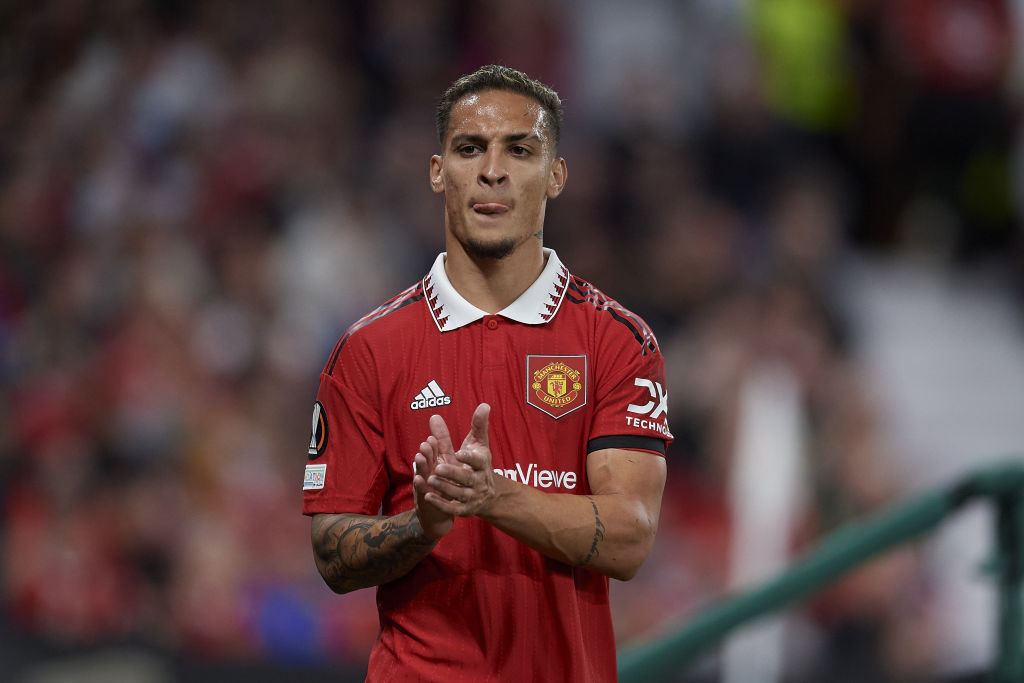 Antony is relishing the prospect of playing in his first away game for Manchester United as the Red Devils travel to Moldova to face Sheriff Tiraspol.

The dazzling Brazilian, who has brought very much joga bonito to Carrington, will be hoping to make his third straight start for the twenty-time league champions tomorrow evening.

Erik ten Hag’s side travel to Eastern Europe looking to get our Europa League campaign up and running after losing our opener to Real Sociedad last time out.

After scoring on his debut against Arsenal and starting against Sociedad at the Theater of Dreams, Antony will get a taste of playing in an away game for Manchester United for the first time.

Following the 1-0 defeat to Sociedad, United’s number 21 is targeting three points against Sheriff to get our qualification hopes back on track.

Speaking to the club’s website, the 22-year-old said: “I always look forward to playing in a United shirt. It’s always a reason to get excited.

“Unfortunately, we lost the last home game, [but] we now need to focus 100 percent on the away game and bring the three points home.”

The nine-time Brazil international is however expecting a difficult game at the Zimbru Stadium in Chisinau.

Sheriff, who beat Real Madrid last season in the Champions League, sit top of the Moldavian top-flight and beat Omonia Nicosia 3-0 in their Europa League opener.

The former Ajax concluded: “We’ll face difficulties. We know it will be a tough game.

“[But] everybody knows about the greatness of Manchester United, so we’ll go on the pitch and honor this important badge.”