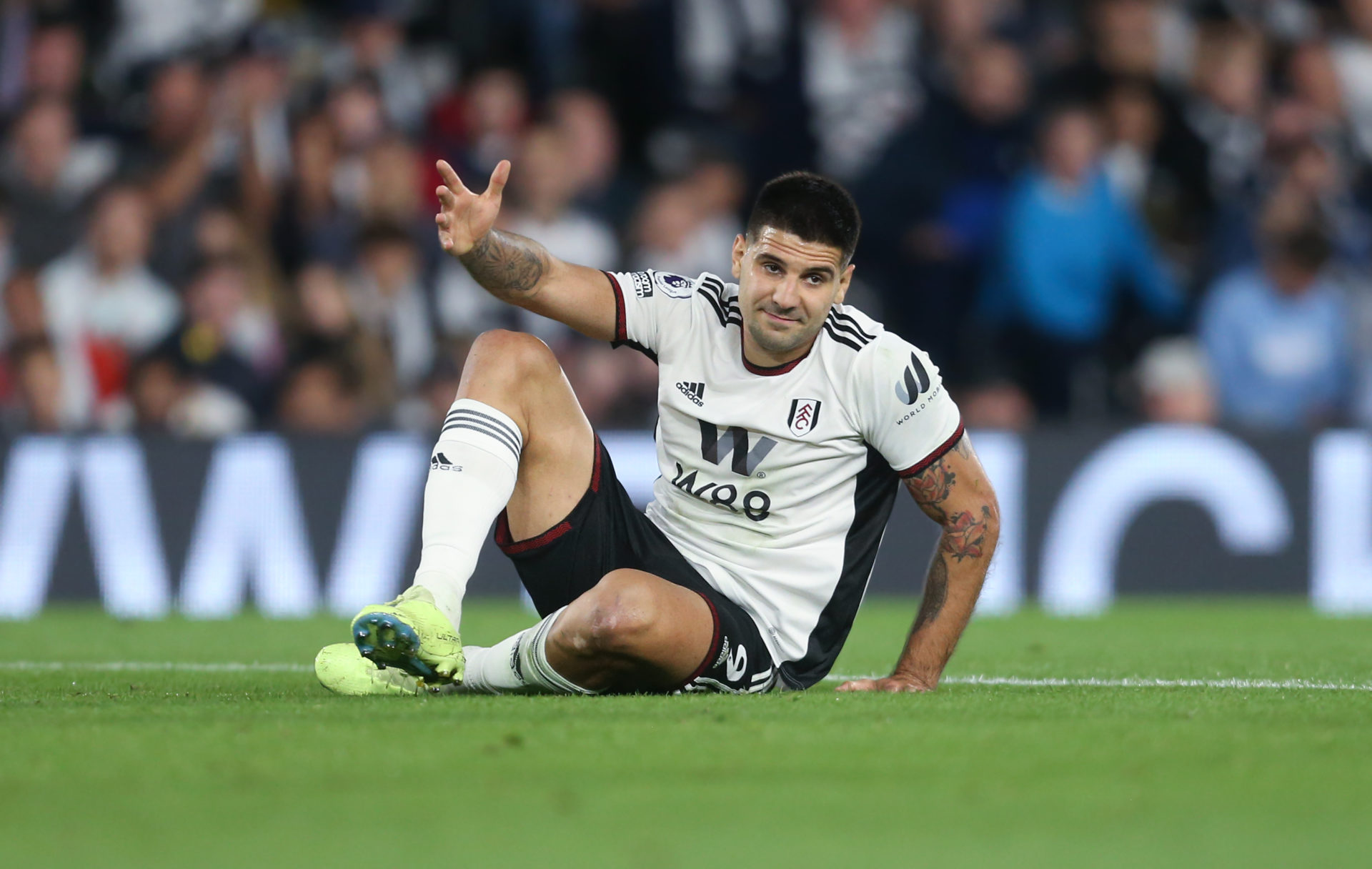 Manchester United’s defeat to Aston Villa at the weekend came as a real shock to the system. The next Premier League match is also a tricky away tie.

The Red Devils face Fulham on Sunday, a difficult game against a newly promoted side who have been performing beyond expectations.

Fulham have even scored more goals in the Premier League this season (23) than Manchester United (18).

The positive news where United are concerned is that Fulham could be without top goalscorer Aleksandar Mitrovic.

Mitrovic has scored nine of Fulham’s 23 league goals. Their next top scorer is Bobby De Cordova-Reid with three goals.

The Serbian striker is at real risk of missing Sunday’s match with Manchester United, due to an ongoing ankle injury.

Mitrovic sat out Fulham’s defeat to Manchester City last weekend, not even on the bench.

There was no Carabao Cup fixture for his side this week, with Fulham defeated by Crawley Town in the previous round.

Premier Injuries list Mitrovic as having a 50 per cent chance to make the clash against United on Sunday.

This is a situation where the World Cup is likely to actually help United. Mitrovic is key for Serbia, netting eight goals in eight games in qualification.

Is he really going to risk aggravating his injury, which has been nagging him since the last international break, just days before the World Cup?

He will have seen how Bayern Munich forward Sadio Mane has been ruled out of the tournament, report L’Equipe, after suffering an injury for his club on Tuesday night.

It makes sense for Mitrovic to sit this game out – at least this is what we hope from a Manchester United perspective.

Manchester United have three fit centre-backs, with Raphael Varane injured. Of these, Victor Lindelof could get the nod to start against Fulham as he is not going to the World Cup.

Then it would be a straight choice between Harry Maguire and Lisandro Martinez – with one of them asked to start a game just days before heading to Qatar.

This becomes a less daunting task if Mitrovic is out. United are already missing Diogo Dalot due to suspension.