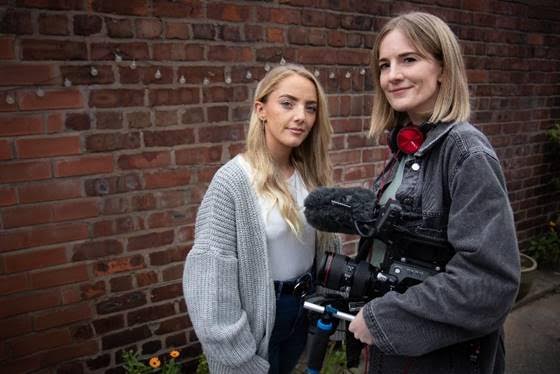 A new BBC One documentary follows a 26-year-old woman who was abandoned as a tiny baby, just hours old, in a toilet in a Manchester hospital.

Leah, 26, made headlines across the country when she was found on a toilet box at Wythenshawe Hospital in Manchester.

Without knowing her birth mother, Leah has struggled with her identity for as long as she can remember at the time of her discovery, despite extensive police investigations. But now, even mother, she is more determined than ever to look for answers to her origins.

In this intimate and personal film directed by Leah’s adoptive cousin, filmmaker Carla Wright, the BBC series Our Lives follows Leah on her journey to find out where she came from and what happened 26 years ago.

It won’t be an easy task, but with no known facts about her start in life, her cousin Carla hopes DNA databases will bring her one step closer to finding her birth family.

Leah says, “I’ve had a very loving life. But there was always something that wasn’t quite there. ‘

“Not knowing the basic facts of where you come from affects everything else. I’m at the point where I need to get the answers. “

Filmed for over three years, the cousins ​​hope to solve the twenty-seven year old mystery and embark on an emotional journey as they uncover painful truths as they try to piece together the beginning of their story and answer the questions Leah asked had all her life.

Director Carla Wright says, “As her cousin, I’ve known Leah’s story since I was a child. She always wanted to know where she was from and I always wanted to help her. It was a real privilege to make this film and to be by Leah’s side as some of her lifelong questions have finally been answered. “

Our Lives – Finding My Family was commissioned by BBC England and filmed and directed by Carla Wright, produced by Candor Productions for BBC One and aired at 7.30pm on Monday October 11th.