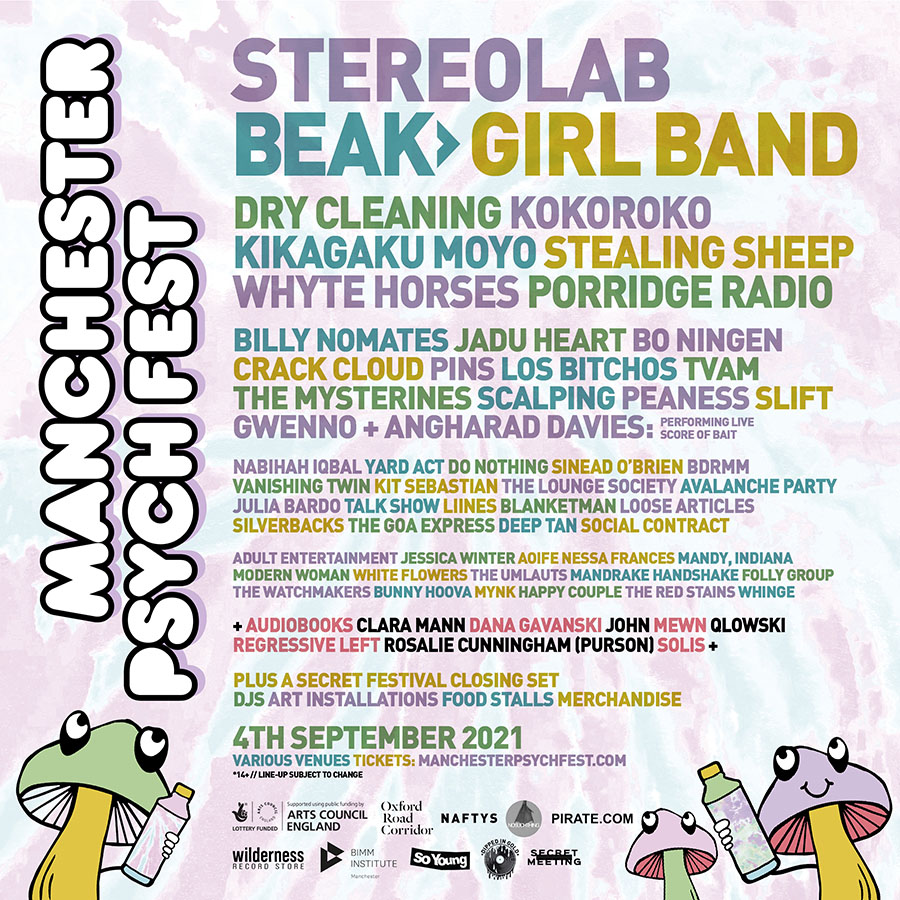 An electronic chamber music, anti-capitalist comedy, a hilarious book discussion parody, the guitarist of Echo and the Bunnymen and a very special look into our Anthony Burgess archive.

On Saturday September 4th, the Manchester Psych Fest is a gathering of the psychedelic community from Manchester and beyond.

This multi-venue festival is held at the o2 Ritz, Gorilla, YES, Deaf Institute, Night People, Factory251, Anthony Burgess Foundation & Hatch. With a festival ticket you have access to all venues.

On September 6th, Blackwell’s Bookstore is proud to host a special event with Will Sergeant, guitarist and founding member of Echo and the Bunnymen, at the International Anthony Burgess Foundation to showcase his long-awaited memoir, BUNNYMAN.

He will chat with Dave Haslam about his career in one of the most influential and important British bands of the 1990s. Will will be available to sign copies of the book after the event.

In this concert, our hybrid chamber ensemble with electronic elements presents pieces by six renowned Manchester composers under the direction of Omer Shteinhart.

The following evening, Blackwells Manchester is excited to host a special event with Ben Aaronovitch as part of the Rivers of London 10th Anniversary Celebration.

He will talk about how the bestselling novel that leads to the popular series based on the magical mystery adventures of Peter Grant came about.

To book these and view events until the end of September, visit https://www.anthonyburgess.org/whats-on/