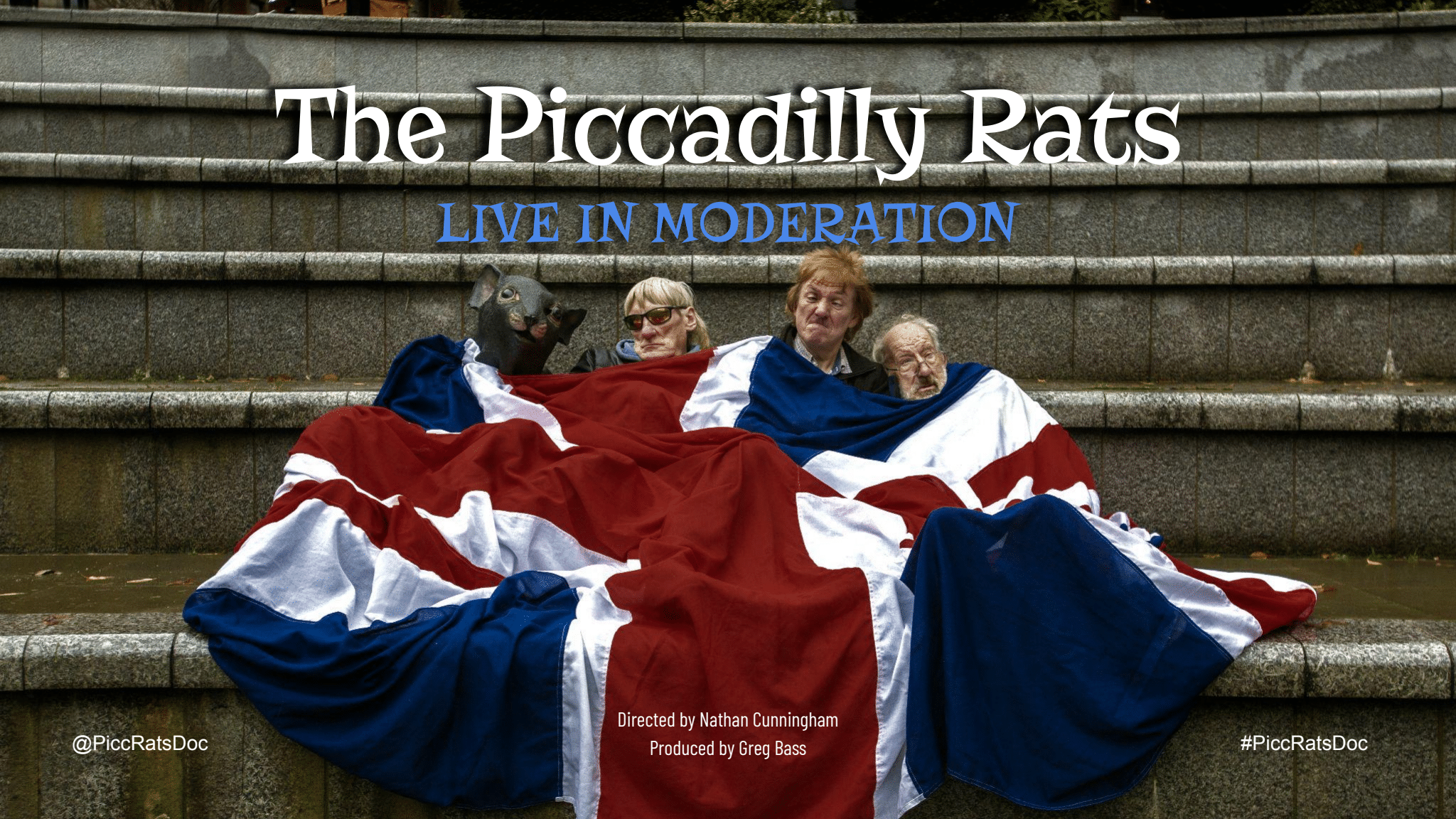 The Piccadilly Rats: Live in moderation follows the gaggle of old buskers as they take their band from the cold and rainy streets to the big stage with hilarious and heartbreaking consequences.

“I chose to make this film because I saw the importance of its social documentation. It was Manchester during the reign of The Rats. The last of a dying breed in a changing city. A city in development where skyscrapers were beginning to silhouette gray clouds.” says Director Nathan Cunningham.

“This documentary is a wonderful story of love, friendship, loyalty and of course Rock n Roll. The film is beautifully shot but keeps its rawness throughout. It was very important for me to show beauty within the raw. The characters are at their best in these true and honest moments,” Cunningham continues.

Shot from 2016 to late 2020, the film was financed by a crowdfunding campaign to get the ball rolling but it was soon apparent that this could turn into a feature film. Nathan met producer Greg Bass from Lanor Productions who saw this opportunity:

“I met Nathan and immediately saw the potential to turn this documentary into something big, bringing in a larger crew and extending the filming to capture more of their story. We couldn’t have anticipated what would happen to the band during this time but it makes it even more important to have documented this special moment in Manchester’s history.

We’re really excited to screen the film at HOME and take it on the film festival circuit,” says producer Greg Bass.

Post-production was delayed because of the pandemic but the project was eventually picked up by national award winners, The Farm Group (Manchester).

The Piccadilly Rats: Live in Moderation is produced by Invisible Comb in association with Nathan Cunningham’s The Low Flying Geese and Lanor Productions. Post production by The Farm Group, Manchester.
The film will screen at HOME Manchester on Saturday 9th July at 6pm, followed by a Q&A with Director Nathan Cunningham, Producer Greg Bass, and band members Gaz and Tommy.