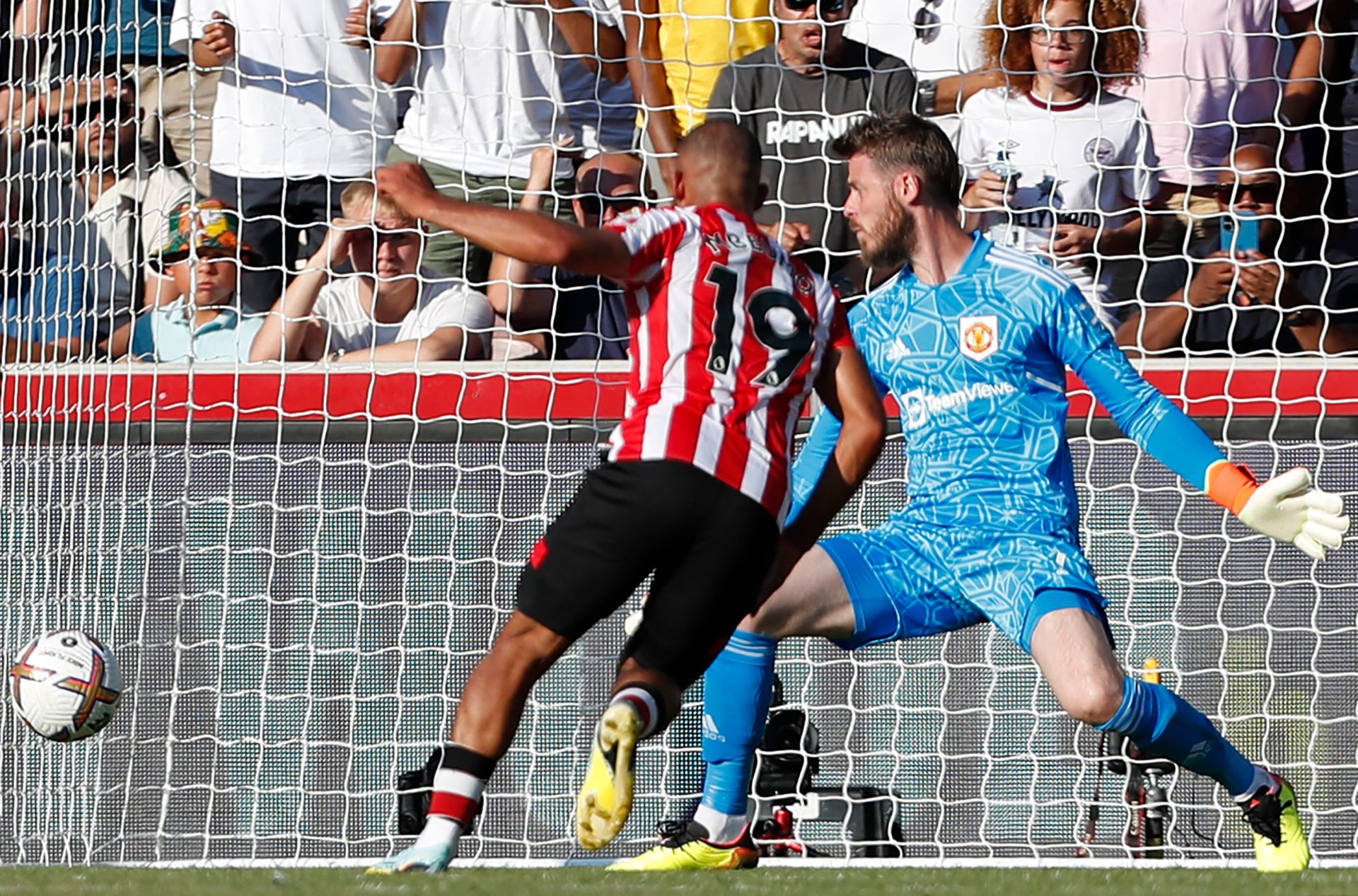 Manchester United have suffered an embarrassing defeat away to Brentford.

David de Gea is a problem

David de Gea’s limitations as a goalkeeper are well known. He won’t claim crosses and he can’t help the team play effectively out from the back.

Take away shot-stopping and what are you left with? He was clearly at fault for Brentford’s opener, allowing a tame shot to slide through his hands into the bottom corner.

The Spaniard is becoming an expensive liability, earning £375,000 per week. He ended last season poorly and has carried that on into this campaign, with errors in pre-season and the previous weekend against Brighton.

This season it seems like United are stuck with him and have to make do. The good news is his contract expires in 2023, and this error is one more reason to move on.

A team not in sync

Twice in the space of a couple of minutes, Brentford caught United out playing from the back. Having got away with it, just about, the first time, Brentford scored the second time. This highlighted the differences between the two teams.

United’s players still look like they are getting used to playing together under Erik ten Hag, while Brentford were a well-drilled team, unified in their approach who knew exactly what they were doing.

It is going to take a while for Ten Hag to get his players all on the same page, and an overhaul is clearly required, which won’t happen instantly. We are all going to have to be very patient.

A total embarrassment, this is a new low

Manchester United are in big trouble. There is no honeymoon period under Erik ten Hag’s management, with this performance one of the worst in recent memory.

We thought losing 4-0 to Brighton was bad. Being 4-0 down to Brentford within 35 minutes was something else.

Louis van Gaal’s reign began similarly, with defeat at home to Swansea before a heavy loss to MK Dons. United bounced back to finish fourth that year. That looks very unlikely this time around.

We are now into our 10th post-Fergie year, plunging new depths. This performance was really pathetic, and totally depressing.

United have lost every single away league match since the win over Leeds in February.

Out muscled at set pieces

United were exposed all over the pitch in the first half, especially on set pieces, conceiving far too easily.

Much of this goes down to goalkeeper David de Gea who has absolutely no command of his box, putting pressure on the defence.

But the make up of the team also lacked height, with a midfield of Fred, Christian Eriksen and Bruno Fernandes not at all imposing, and nor is the strike force.

Lisandro Martinez must also prove he can stand up the physicality of the Premier League. It probably wasn’t a good idea to throw him straight in at the start of the season, and Raphael Varane would have been better off starting this game.

Clearly he didn’t go far enough. As suggested, Raphael Varane should have come in at the back, while the tactical decision to play both Christian Eriksen and Bruno Fernandes backfired. Either Donny van de Beek or James Garner should have started.

Neither Diogo Dalot nor Luke Shaw are convincing at full-back, and while options in attack are very limited, Jadon Sancho didn’t impress at all in attack.

United will hope to make more signings before the next game to provide more options. It will then be easier for Ten Hag to be more ruthless with his squad.

Expect protests to ramp up

There has been a toxic mood overhanging Manchester United all week since the Brighton loss, with supporters fed up with a lackadaisical approach in the transfer window.

This is only going to get worse over the next week, ahead of the next match against Liverpool.

Manchester United fans have been planning to protest, with both a visible showing against the Glazer ownership, and a stay away from Old Trafford.

Expect the topic of anti-Glazer protest to ramp up over the next week. This result was more about how the owners have run the club into the ground, rather than Ten Hag’s misjudgements.